Africa in Motion has been heading out on tour post-festival since 2009, bringing the wonderful films screened during AiM to rural and young audiences around Scotland. 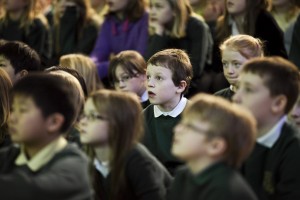 Following the success of our AiM 2011 Schools Tour and previous years’ Rural Scotland Tours, we are again embarking on a tour of the Scottish Highlands in February 2013 encompassing both school and community screenings.

The Africa in Motion Rural & Schools Tour has as its main aim to expand the reach of the festival in order to create new audiences for African film. The festival itself wants to make brilliant, rare and unusual films available to Scottish audiences, and the Tour enables us to reach much further than Scotland’s biggest cities. Join us along the way as we take a selection of the films from this year’s festival accompanied by storytelling sessions, discussions and workshops to your local school or cinema.

Examples of the film selection we hve on offer during the tour will include: Kichwateli - a stunning 7-minute slice of afrofuturism involing a boy whose head is replaced by a 'live' TV set; Mwansa the Great - a magical adventure in a real world populated by childhood imagination; Otelo Burning - an apartheid-era surf movie which ecoes the plot of Shakespeare's Othello; and Inside Story - a riveting account of an African footballer's rise to international fame. This highly engaging and entertaining film uses football to address the issue of HIV/AIDS in Africa.

The AiM tour has been made possible by the collaborative efforts of the four cine-clubs and venues involved and is generously funded by Regional Screen Scotland.

See below the full AiM tour programme, which will happen from  19 to 21 February. 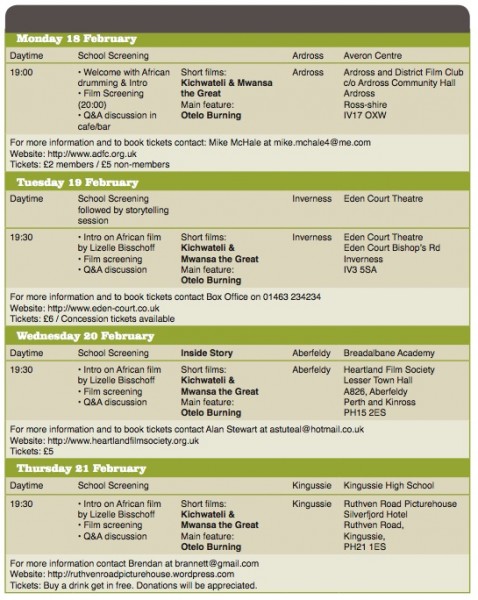 If you’re a teacher or work with a cinema in a rural community in Scotland and would like to collaborate with the AiM tour in the future, we would love to hear from you. E-mail to get in touch.